Conquer Your Fear Through Faith 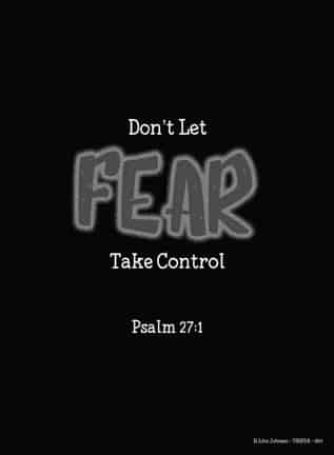 Conquer Your Fear(s) Through Faith

There are two types of fear in the scriptures. The first kind of fear is a holy reverence for God. The second kind of fear is an irrational belief that something wrong is going to happen. This is the kind of fear that we must abhor. In the words of Franklin Roosevelt, the only thing we should fear is fear itself.

Fear is probably the most worn-out tool in the devil’s arsenal. He uses it more than he uses any other tactic. Before the devil attacks, he will release fear. and sometimes, we confuse fear for precaution. What we often call taking necessary precaution is often just a way to camouflage our fear.

The problem with harboring fear in your life is that it totally kills your faith. Fear and faith are mutually exclusive so you must pick which side of the divide you want to fall. That is why God commanded Gideon to reduce his huge army into a small army of 300 soldiers (Judges 7). Even though he went to war with a much smaller army, it was an army of men of faith – men who had no fear.

In the gospel of Mark, there is an interesting story that reveals how fear can kill your faith.  Jesus was taking a nap in the bought as they were crossing over the lake. Then a storm arose and suddenly, the disciples were afraid that they were going to die. They did everything they could humanly do but the situation seemed to be getting worse. So, they woke up Jesus and openly wondered why he was sleeping as if they weren’t in the middle of a boisterous storm.

Then He arose and rebuked the wind, and said to the sea, “Peace, be still!” And the wind ceased and there was a great calm. But He said to them, “Why are you so fearful? How is it that you have no faith? Mark 4:39-40

From the words of Jesus, we can safely infer that the reason the disciples were overwhelmed by the crisis is they were fearful. And when they allowed fear into their hearts, they couldn’t operate in faith. Likewise, don’t expect to continue walking in faith if you allow fear to take root in your life. Make sure to cast out all fear as soon as you get the slightest hint of it.

What are you most afraid of? And how does it affect you?

Father in heaven, I confess your word which says that you do not give me a spirit of fear but of love, power, and a sound mind. I reject all fear and I embrace faith. In Jesus’ name, Amen.

This site uses Akismet to reduce spam. Learn how your comment data is processed.